Yea, you read that right. This is a guest post. By Riley Morrison. You know, that Riley. No, not that one, the other one. Right. Now that’s out of the way, you might be asking, “Why’s Riley on Dale’s website?”

Well, the short answer is, I have something to share. The long answer is because Dale’s a cool guy that puts in a lot of hard work to help other authors—for free. And he’s been nice enough to let me share some of my writerly experiences here. 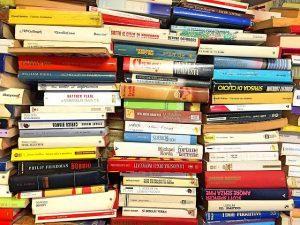 In this article, you will learn: 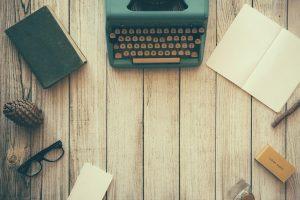 Who is This Riley Guy?

I will try to keep this brief, as my story is only here to give context to the rest of the blog post. In short, I am a soon to be released author. I got the itch to write about 3 years ago, and since then have written around 550,000 words. Yea, that’s right, over half a million. All while having two jobs, a now 18-month old son, a wife, three cats, friends… and chronic pain and fatigue. These last two are caused by a painful condition known as Ankylosing Spondylitis. I’ve had it since my teens, and it has fused my entire spine so it can’t bend or twist.

Before I began the series I plan on releasing in November 2017 (the Lost Sun series), I wrote another series of books, three in all, but never released them. Why? Because I wanted to gain experience in publishing before I jumped in and released my magnum opus. I decided to write a short novelette called Heir to a Lost Sun.

Two years later, that book is done. And it came in at 139,000 words. My novelette turned into a doorstop and my original series languishes in a folder somewhere. In the last two years, I didn’t only write Heir to a Lost Sun, I also wrote the 140, 000 words follow-up (now broken into two books) called Dawn of a Lost Sun. 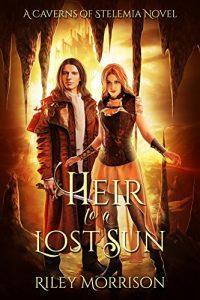 Writing these books made me feel like I was climbing Mount Everest. Becoming a father during this period only added to the struggle.

So, how did I write nearly 300,000 words in two years (including a mailing list-only-book of around 14,000 words named Dream of a Lost Sun) while having the jobs, a child, a wife, and the chronic pain? And what can you learn from all this?

Read on and find out!

How to Persevere & Finish a Book 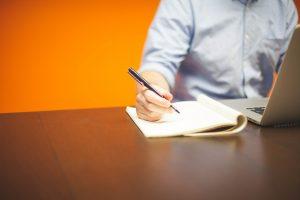 First up, I’m afraid there is no magic fairy who’ll come down and touch you on the shoulder to finish your book for you or give you the energy to do what needs to be done. Just like if you want to lose weight, gain muscle or do just about anything in life—you need to put effort into it.

For someone like me who has health problems, I need to pace my exercise. Say, twenty-minute brisk walks, three times a day, with some stretching in between. Just like with exercise, you can treat your writing the same way. Do what you can, when you can do it.

I didn’t write my books in a few days but wrote them bit by bit over a period of months. Book 2 (now split into two parts) ended up nearly 140,000 words long, and I wrote it over six months. I took the writing one piece at a time by aiming to write around 1,000 words a day. Some days I reached that target, others I didn’t. But the days I didn’t, I still did something small to push myself a little bit closer to finishing. Sometimes it was written for twenty minutes (pacing like mentioned above) twice a day, other times it was once a day.  A few times, two minutes a day. 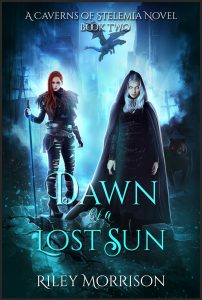 But something got done.

That’s what you need to do if you struggle to write. Just do a tiny bit each day, and you will get there in the end. There were times, especially when I was editing book 1, I never thought I’d finish. I saw other people’s books and compared mine to them. I read craft books that said, “avoid that, even, was, passive voice” and so on, so I started freaking out about those things, and tried to get rid of them from my book, thus creating, even more, work for myself. This only added to my misery and almost made me give up entirely.

Bit by bit, I chipped away at my story and still managed to get it done. My wonderful editor, Allison Erin Wright helped me through the hard times by being there to answer my questions, and to reassure me my writing was better than I thought it was. There were problems in my book, but together, we solved them.

I also never forgot I wanted to be an author. Because of my health conditions, I don’t know where I will be in ten years, let alone five. All I know is that working the jobs I do, increases my pain and fatigue and I would totally be better working from home where I can pace myself, stretch when I want and sit when I need, while still helping to provide for my family.

What Did I Learn from This Experience? 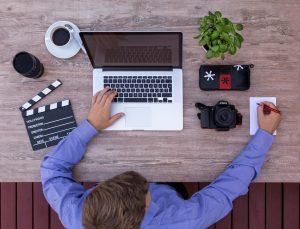 Some of these apply to other things in life than writing:

Ideas on a Budget 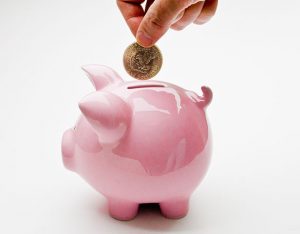 If like me, you missed out on being given a money tree as a child and actually have to work for a living, then this will apply to you. I spent over $3,000 on Heir to a Lost Sun, slightly less for you Americans. I am Australian so $100 US is going to cost me around $135 AU after conversion and fees.

So how did I do this on a tight budget?

I spread the cost out over an 8-month period. Most of this cost was in the editing, and my talented editor Allison E Wright (wrightediting.com) was fine with this. It is not the perfect way to edit a book, and by edit, I mean developmental or substantive editing, but it got the job done and got it done well. There was one side benefit of this method. I could adjust the later parts of the book based on her earlier feedback. This meant there was less risk of breaking the story when stuff early on had to be changed.

It also allowed us to get to know each other’s working style and allowed me to use her as a writing coach. I learned a huge amount from Allison and also from the process of editing the book with her. Even if I never break even on Heir to a Lost Sun, the skills I have learned made it worth the cost. They will help me in writing my future books.

Another huge cost is the book cover. Premade covers are often cheap and can be a decent alternative to tailor-made and expensive covers. Just shop around. There is also the option of something like Fiverr. I bought a cover from Fiverr that wasn’t good; the Shutterstock watermark was still on the cover image. However, I’ve heard Fiverr has decent designers, so it’s worth a shot.

Try to do as much of the nitty-gritty stuff as you can. Learn grammar and punctuation, to save on proofreading/line editing costs or use Grammarly or other grammar checking software. Learn to format your book, or use Draft2Digital’s free formatting tool. Write your own blurb, then get feedback on it on Kboards, 20booksto50k, Selling for Authors, or some other Facebook group.

Help other writers in exchange for them helping you. Don’t be afraid to ask for help. There are a lot of good people out there (just look at Dale!) who will try to help you if they can. Only remember, they are people too, with their own lives and problems. You scratch their back and they will scratch yours.

Other than that. Remember to have fun! Learn from your successes and failures, and have patience. 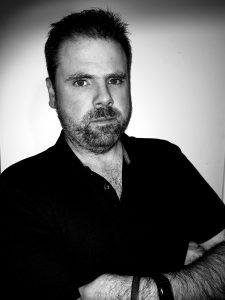 Riley Morrison is the Australian writer of the soon to be released, Heir to a Lost Sun (see here) and its sequel, Dawn of a Lost Sun (coming December 2017).