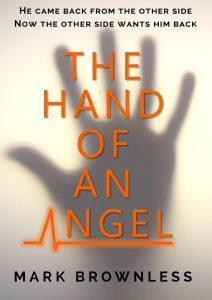 Thank you so much to my friend, Dale L Roberts, for very kindly inviting me to write a post for his site – I feel very honoured to be doing so, and more than a little strange. I say that because Dale and I have known each other for a little under a year, I found and basically devoured his back catalogue of YouTube videos on self-publishing before I published my debut novel – The Hand of an Angel, which is a medical thriller – posted comments and started a dialogue. I wouldn’t know anything about keywords, categories, AMS advertising, KDP vs Createspace, etc., without these videos. So Dale has been a huge mentor to me from the beginning, and it is humbling for me to be asked to contribute – thanks buddy.

So, Dale offered a group of us some coaching on self-publishing in exchange for us beta-testing his excellent self-publishing course. The coaching group were a lot of the ‘usual suspects’ from his Thursday night Livestream shows on YouTube so we knew each other to an extent. And we would have these group video sessions over Zoom (which is like Skype if you didn’t know). The only thing is I was really the odd one out. Was it because of the crazy British accent? Well, maybe! But the main reason was that all these other self-publishers were non-fiction authors, and I was the fiction guy.

A structured way of writing

I am really in awe of these guys who can sit down on a Monday morning, open In Cognito mode, do some keyword and category research to find niches that lack a certain subject area or angle, and then write a book about it, that might be ready by the end of the week.

So, an author who has previously written in the fitness and exercise genre might look at Yoga and decide that there is a gap for a book for the elderly, or tailor a book to those wanting a quick workout in the office and maybe have downloadable exercise sheets on their phones. That is structure and organisation and writing to a market right there. 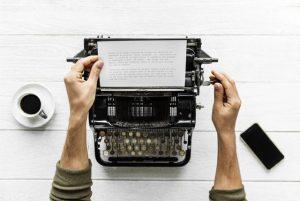 In my head there are story ideas and threads, and I’m lucky because there are a number of them, but they are all running round like revved up kids at a nursery party, dying to be let out like the genie in Aladdin. When I did pull the cork from the lamp, the story for The Hand of an Angel started to emerge – no writing to market here, just an idea.

So I wrote chapter one, then the ending, then the pivotal experimental scene, then various other chapters or scenes as they popped out of my head. Very scattergun but quite often how a lot of authors will work. For my next novel, I’m trying to write in a more structured and ordered fashion, but if the creative devil sits on your shoulder, wanting you to write the ending, are you going to say no?

I have to say I’ve loved writing like my story. It’s created characters that I love and that others like as well – which is very important in the narrative. It’s also taken the storyline down avenues that I couldn’t have envisaged at the start – it’s evolved if you will – and in a way it’s taken on a life of it’s own.

Dale: ‘So who is your target audience, what are your categories and what keywords are you using?’ 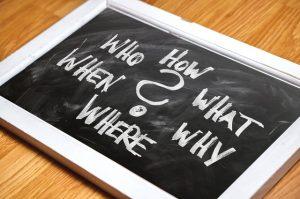 Me: ‘Er. Everybody. What are categories? And medical, thriller, science fiction, horror and suspense.

Okay so it wasn’t quite like that, but I’d just been the ideas guy – write it and they’ll read it. The Field of Dreams philosophy: ‘If you build it, they will come’. I do love that movie, even though I haven’t a clue about baseball – it’s just not cricket.

The point is that a fiction author is not necessarily going to be able to write to a market, unless they are already bringing a pre-existing idea to the table. If it’s a new idea it might be a completely different genre, or a different style of writing, and certainly not one that could be predicted or directed. 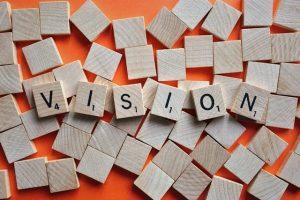 So in our coaching group, there was a suggestion that we should all practise writing to a market. The idea being that we write, edit, get cover design and pre-orders up for a short story within a month. And, in the interests of using the group to progress my development as an author and stretch myself, I did give it a try. I tried searching niches, categories and keywords. But it felt like an aimless course, because I wasn’t coming up with a fairly non-competitive niche in which I felt I could write. So I sat and stroked my (metaphorical) beard for a few days.

And then I remembered something. A fragment of a story I wrote over Christmas. Don’t ask me where it came from, but it was a conversation between Sir Robert of Locksley (the man that some historians believe could have been Robin Hood) and the Sheriff of Nottingham, during the trial of a thief who is about to be hanged. I dug out my Locksley story and started to work on it, adding more content and making it a standalone story but also the potential for the start of a short story series.

I also did some searching around on keywords and categories of short stories, historical fiction and Robin Hood, Medieval etc and it turns out that there haven’t been too many recent Robin Hood stories and certainly nothing in the short stories genre. Inadvertently I’d written to a market, and found a niche that wasn’t huge in competition terms. So the Locksley series was born, the second volume of which is about to go up for pre-order.

What I’m saying is, even if you are fiction author, and are determined to write for your craft and your art, you can still write to a market. But in order to have a better chance of commercial success, I think you need a slight change of standpoint. And that is that the difference between us fiction authors and our non-fiction colleagues, maybe, is that we need the germ of the idea first before we consider the genre, the market and how to target sales. 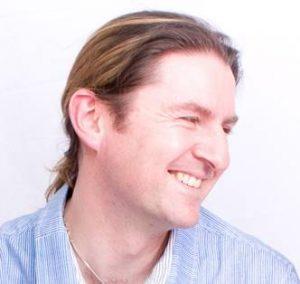 Mark Brownless’ debut novel is medical thriller, The Hand of an Angel, which is available from http://hyperurl.co/handofanangel. The first volume of the Locksley short story series telling the story of Robin Hood can be found at http://smarturl.it/locksley1