The Problem with Self-Publishing on Amazon

A couple of weeks ago, a friend and long-time follower of Self-Publishing with Dale reached out to me via Messenger with a disturbing note.

I published a title under a pen name: Isaac Elliot. I had no idea it’s a name of a Movie Producer and Director.
I hope they will reinstate my account…
They had sent me a response saying I should change the name after the book is done processing, but then followed with the termination email
Hopefully it’s an error because I sent them two emails. I assume because of that, they think I have multiple books using that name.

I’ve known this gentleman for over a year.

And, he never showed any indication of being unscrupulous or scammy.

Heck, he was even the type of person to be SUPER cautious about his publishing business.

Sadly, all it took was one misstep and now, he lost his:

After reviewing your response, we have reevaluated the Content Guideline violations relating to the books in your account. We found that you have published books with misleading content.

As a result, we are upholding our previous decision to terminate your KDP account and remove all your books from Amazon.

To his credit, he appealed five times to no avail.

Outside of the one infraction, he was only left to guess what his other missteps were.

We can all agree, the author pen name was an honest mistake.

In the video, Jo shares a detailed account of how he lost his account with no real reason.

Now, some of the accounts he’d shared I can easily explain.

For instance, the books that are still showing as for sale are by third party sellers NOT Amazon.

And, the page reads coming in after his account termination are a result of devices synching with the cloud.

But I have NO explanation for WHY nor do I understand HOW he was still able to access a terminated account.

This video is 2 years old, so chances are likely times were different then.

I had my account suspended once (see more about it here), and I was NOT able to log-in or see my reports.

Nonetheless, Jo is another example of how Amazon can kick you out whenever they deem necessary.

It’s their game, we’re just playing in it.

Does it have to be that way? No. I’ll explain why. 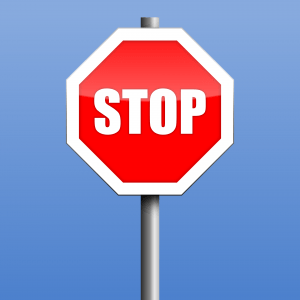 To be clear, this is NOT a post bashing Amazon Kindle Direct Publishing.

Nor am I trying to dissuade you from using the KDP Platform.

Heck, it’s a viable option for many indie authors and self-publishers.

My goal is to inform you that Amazon KDP isn’t the only game in town.

And, you should never hedge all your bets in one place.

It’s risky and asking for heartache if you haven’t safeguarded yourself.

Here are five reasons of why you should not self-publish on Amazon in 2019.

Watch the video above for examples of real-world situations when people have success beyond the Amazon platform. 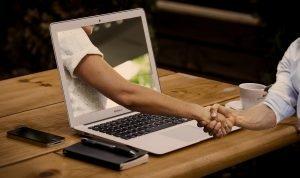 For the sake of brevity, we’re going to focus on the 2 primary Amazon-run avenues and not the aggregate publishers who have access to Amazon.

Those 2 avenues include Amazon KDP and Audiobook Creation Exchange (ACX).

Here are a few facts to chew on about Amazon KDP & Audiobook Creation Exchange:

Punished for Pricing Too High or Too Low

Let’s not sugar coat it, the ebook pricing is GREAT at 70%.

Even some traditionally published authors would love the 35% royalty.

But, let’s be real here, folks.

Why do we get half as much royalties for bending to their preferred pricing structure of $2.99 to $9.99?

They simply want to be the best game in town.

And, Amazon knows if they can’t price competitively against other competitors, they stand less of a chance in global domination.

But, it’s just a nicer way of saying they’ll punish you with lower royalties for not adhering to their pricing strategy. End of story.

No Say in Audiobook Pricing

Good news! You can publish to Amazon by way of Audiobook Creation Exchange (ACX)!

And, you’ll be handsomely rewarded with up to 100 promotional codes and a 40% royalty.

The best part? ACX will go ahead and handle that pesky little price point for you.

Yes, you read that right! You have NO say on how much your audiobook costs.

For the sake of being nice to ACX since they’re an Amazon-owned company, we’re going to saddle the blame on Amazon for this one.

Amazon will price your audiobook based on length alone.

There’s no differentiation based on niche or the unique value proposition an audiobook offers.

As if that weren’t enough, recently, Amazon’s Audible had the audacity to auto-caption audiobooks without the prior consent of the authors (see more here).

So, it wasn’t enough that Amazon was:

They now decided to go ahead and use automated captioning so readers could forego buying the print book and ebook iteration of your works. Boo hss. Bad move!

My Thoughts on the Middleman

We can all agree Amazon has a large audience on lockdown. They aren’t going anywhere any time soon.

However, if you’re relying on Amazon to deliver you organic traffic simply by publishing to them, you’ve got another thing coming.

The days are long gone for profiting hand in fist simply by pumping and dumping whatever book you can on the Amazon marketplace.

Should you use Amazon as a middleman to build a larger audience? Sure!

But, if you have an audience already off-platform, wouldn’t it make more sense to remove the middleman and give them what they want?

Then, you keep ALL your profits and don’t have to worry about people fiddling with your pricing or payout structure.

But, if you feel a sense of comfort and security in having a middleman or platform to distribute on your behalf, then you should read on!

Reason #2: Not the Only Game in Town 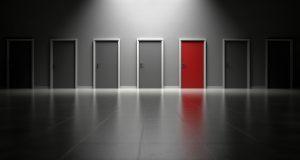 Though Amazon owns the lion’s share of online publication profits today, they aren’t the only game in town.

In fact, were you aware you can distribute to Amazon through aggregate publishing models including:

The best part is those are just a smattering of sites you can use to reach a wider audience.

Though you’re still running into the middleman issue as mentioned previously, you still get decent royalties through them.

Normally, they’re collecting a percentage of net profits after each platform collects their percentage.

These competitors even reach regions throughout the world even Amazon can’t reach.

I’ve unofficially dubbed them the Big 4 Amazon Alternatives, and they include:

Rather than going over each model and the royalty structure for each, I’ll send you to this video to get more details.

Reason #3: Another Cog in the Machine 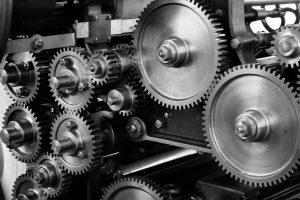 Tens of millions of aspiring authors and self-publishers upload scores of books by the day through Amazon KDP.

Well after you’ve decided to take your business elsewhere…

Amazon will thrive. They continue to grow by the day and will do so with or without you.

When Amazon terminates an account, they aren’t doing it with malice.

In most instances, they’re doing it based on system automations or as a knee-jerk reaction to something they perceive as a problem.

Rather than spend countless hours or hire an expensive team of lawyers for a potential problem, Amazon will just snuff out the problem and be done with it.

Why fuss with a potential problem when they can focus on the other money makers coming to their platform daily?

The fact is Amazon is a giant machine. When one cog goes bad, they’ll remove and replace it with zero recourse.

How’s that for love and appreciation? Speaking of love…

Did you know many brick and mortar stores DON’T want Amazon-published books on their shelves?

Yep, Amazon doesn’t have the best reputation with its competitors.

After all, we’ve seen the fall of many physical bookstores in the past decade.

Sure, Amazon can’t be held completely to blame for all of it.

But, try telling that to bookstore managers and owners who constantly see an influx of browsing customers who’ll do price comparison of books in the store with Amazon’s listings.

Then, they’ll leave the store without making so much as a single purchase.

To be honest, some Amazon-published indie authors have been the exception to the rule.

Former coaching student and YouTube video content creator, Keith Wheeler managed to get the placement of his Amazon-published books in brick and mortar stores.

Not to mention, some traditional publishing houses steer clear of Amazon-published or indie published authors. Why? I don’t know. 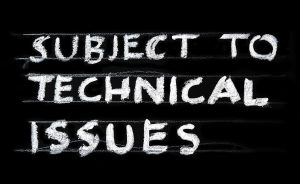 Here we are back to my original story where my friend had the carpet pulled from under him.

He didn’t make any escape plan. Nor did he ever expect Amazon to do something so callous.

It’s the reality though and he has to face it.

When you’re distributing through ANY specific platform, you’re playing their game by their rules.

If not, you gotta git! They don’t have time for people they perceive as threats to their bottom line.

You could be a real threat or a potential threat.

Amazon doesn’t afford the time to discerning one type of thread from the other.

You’re either a threat or you’re not. That’s it.

The worst part is you have no say on whether you’re a threat or not.

Once you’ve been identified as a threat, they’ll remove you.

The sad part is you have no recourse. There’s no direct phone number. No human interaction. No REAL humanity to this all.

But, can we blame them?

Not once did Amazon say in their Terms of Service or landing page that they wanted to be your friends. 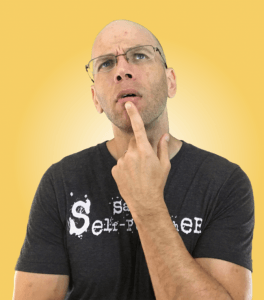 I know this article has a lot of doom and gloom.

And, I’m not trying to dissuade you from publishing on Amazon.

Heck, you SHOULD publish on Amazon.

But you need to temper your expectations with the reality.

Also, don’t make Amazon the only part of your business model.

Amazon can be a LARGE part of your business strategy, but it shouldn’t be the only part.

Here’s a few go-home lessons for you:

In closing, it’d be awesome if you dropped your thoughts below in the comments…(please keep it PG-rated and civil)