Book covers don’t come easy. Some authors would rather make their own covers than worry about figuring out how to hire a professional.

They’ll spend countless hours and even months putting together something they think is passable.

Sometimes it’s creative control. They figure they wrote the book, edited it, proofread it, and plan to market and promote it, so why would they outsource cover design? They’re already doing everything else.

Here’s why…because you are not a professional cover designer. 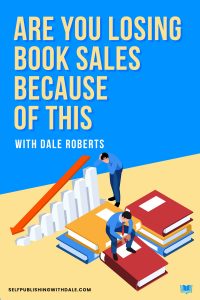 You’re shooting yourself in the foot. You’re doing yourself and your work a disservice, and sometimes, a flat-out injustice.

Another reason authors attempt their own cover design is because of money. Let’s face it, professional covers can be expensive. I’ve spent up to $800+ on ONE book cover.

Notice I said, “can be” expensive. Most authors believe a professional cover will cost them an arm and a leg. I’m going to clear that up for you here in a minute. 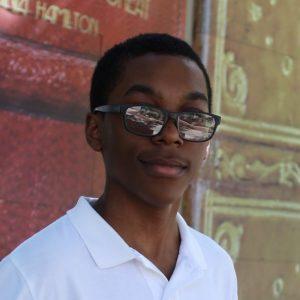 A long-time subscriber to my YouTube channel, Tomie Williams, reached out to me recently and said this:

Despite my best efforts, including advertising, discounts, paid AMS marketing, writing as a series, having calls to action in the back of the book, and an active social media presence, I haven’t sold any books in months and I am seeking advice.

I had a look at Tomie’s author profile, and the first thing I noticed were his covers, and not for good reasons.

I’m sure that we all agree art is rather subjective, so we can’t call a design crappy based on what we think, but when the author’s actively marketing the book and not getting any sales or losing book sales, we’ve got to go to the fundamental elements for better insights.

That includes keywords, copy, and covers. For the sake of brevity, I’m only going to address the covers this time around.

Before you think I’m trying to be Mr. Self-Righteous up here pointing my finger and shaming people for having bad book cover designs, I’m just as guilty.

I spend plenty of time making my own covers, and let’s just say they were less than stellar.

Why did I do my own covers?

Control, and to an extent, money. I thought I’d be able to do it better and save the money.

Over time, I’ve found that some things are just worth the investment.

This is An Ultimate Home Workout Plan. 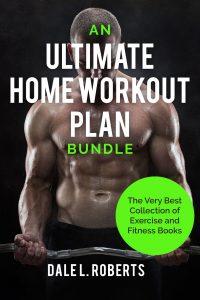 It launched in late 2015 and had a breakout success in early 2016. The cover was done by DCamorlinga on Fiverr for about 5 bucks and some change.

They gushed about it, said it was creative, and that I should definitely use the new design instead of the old one. 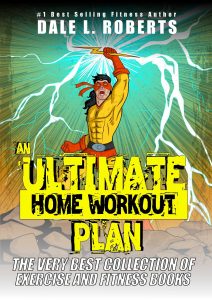 As soon as I reverted to the old cover design, sales went right back up.

Back to Tomie…he needed help, and I didn’t want to leave him hanging. I could relate to the trouble he was having.

I also didn’t want to leave you all without a concrete example of a good cover design versus an amateur one.

Tomie’s series is young adult fantasy. If we go on Amazon and look at best-selling books in his genre, do his covers measure up? Not so much.

I had Tomie write up a detailed brief including the title, subtitle, author name and series name. I had him outline his design concept. I urged him to be thorough, but not to include too many details.

I’ve made the mistake of including a bloated brief for cover designs and it never turns out well.

I turned to OliviaProDesign for this. Tomie could choose up to 3 licensed images. We ordered a custom gig so we could get the extra graphics and blending included.

It came out to about $25 per cover, so $75 for all three. I’m telling you, that is an excellent price! Worth every penny.

So…how did Tomie’s covers turn out?

What Do You Think?

What do you think about Tomie’s new designs?

Do they fit his genre?

What would you have done differently?

Would you like to try either of the cover designers mentioned in this article? You can find them in my vetted list of Fiverr providers. 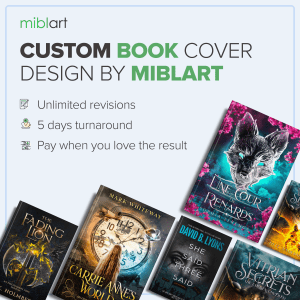